Your Imagination is Your Superpower 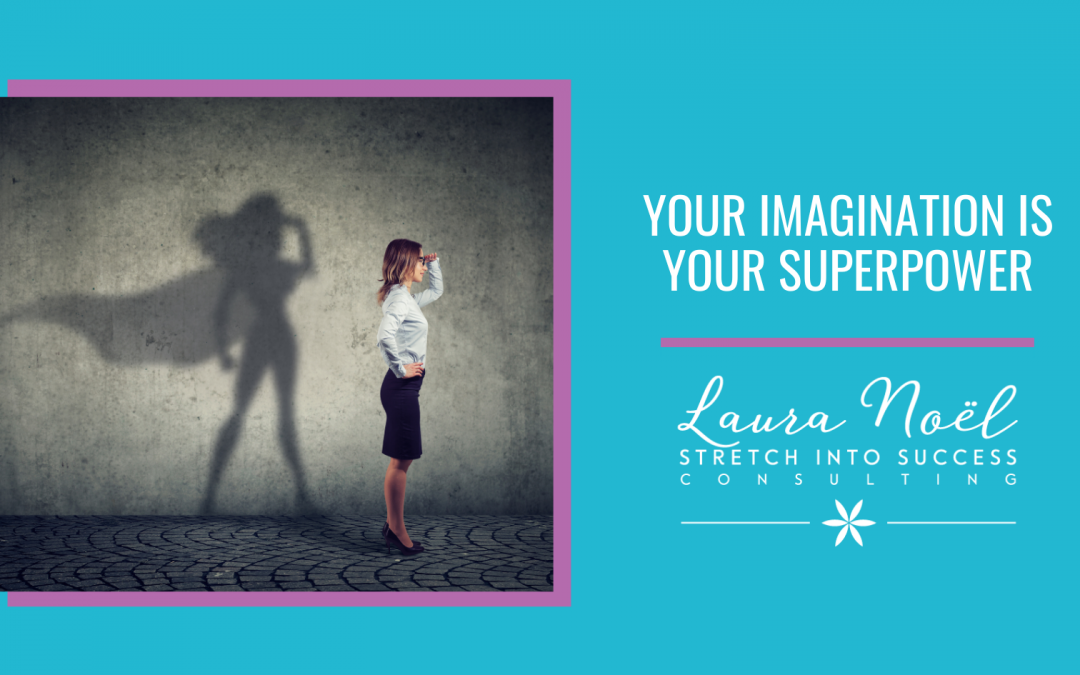 Intuition and perspective are two of the mental faculties that can change your life, if you tap into them correctly. Harnessing the power of your imagination can take you to that next level, if you can access that superpower already inside you.

Imagination is Power to Create

We all have imagination and the power to be creative, and with those two keys, we can create the life we want. We just need to remember this power. When we were kids, our imagination knew no bounds. We used our imagination all day long, whether it was to make a sandcastle into a fortress or a cardboard box into a pirate ship. Using our imagination back then got us out from under our parent’s feet. We were playing and banging on pots and pans and creating all kind of worlds for ourselves. Then we went to school, and we were told that imagination was just daydreaming. Daydreaming was labeled a distraction and was frowned upon, so we stopped all that imagining.

But the truth is, we were born to use our imagination. We actually think in pictures. A chiropractor from San Antonio, Dr. Thurman Fleet, understood the power of our imagination. He realized that when his patients could visualize wellness in a certain part of their body that it actually sped up their recovery. But when people were faced with a challenge or had a mental roadblock, he realized we needed to have the image of that in our mind in order to conquer it.

Your Imagination Is a Powerful Tool

I want you to think of a lemon. Imagine holding the lemon in your hand. You can see the peel in your mind’s eye. You can see the color of the skin and maybe its thickness and texture. You can feel the weight of the lemon. Pretend that you’re taking a knife to the lemon, and you’re cutting it and see the juice dripping off your hand. Now I want you to take that lemon and pretend you are bringing it up to your mouth to take a bite. Do you feel a little twinge in the back of your mouth? Can you practically taste the lemon? Smell it? Feel it? That’s how powerful your imagination is. It actually can elicit a response in your body even when you aren’t actually cutting into or biting a lemon.

There was a moment in my own life when I finally, truly understood the power of my imagination. I was just about to retire from the military; my paperwork was already processed, and I had started my coaching business. My husband came to me and said he wanted to retire too. He put in his paperwork, but it got denied. Instead they gave him a new assignment in another state. I wanted to stay in Hawaii since I was building up my coaching clientele, and he would really only be on his assignment for seven months, so it didn’t make sense for both of us to move. But if he was living in another state, we would have to deal with a huge cut in our housing allowance.

I started freaking out. I wrote down all of the worse-case scenarios. All of the things that could go wrong. I kept reworking the numbers over and over again, coming up with more and more dire outcomes. In the midst of my freakout, there were a few client payments that didn’t go through, and then I was freaking out even more. Where was the money going to come from?

Finally, I had to tell myself to stop. Literally, I said, “Laura, stop thinking that!”. It took a few minutes to take myself down ten notches. In those minutes, I imagined what I wanted. How I wanted everything to transpire. I held tight to that image the rest of the day.

The next day, two of my clients called to pay their remaining balance in full, giving me a financial cushion. My husband’s assignment got canceled and no one had to move. Because I shifted the image of the outcome instead of getting buried under circumstances things started to shift.

Everything is energy, including our thoughts. That’s why imagination is so powerful. We attract the results that correspond with our thoughts and energy. When I was freaking out before, I recognized that I wasn’t solving anything by going into a tailspin. I made the decision to take a timeout and imagine a different solution. Had I stayed in my tailspin and not shifted how I imagined the outcome, I probably wouldn’t have picked up the phone when those other clients called. That could have been a missed opportunity and we could be having a very different conversation here.

I want to help you use your imagination to the fullest potential. Once you start using your imagination again, you’ll see incredible shifts. It’s not easy, but I’ll take you step by step through the process. A great place to start would be to head over to www.ratracereboot.com and download The Six Mindset Changing Techniques to Lead a More Fulfilled Life. Taking the time to use your imagination to create the solutions you want can, and will, change your life.