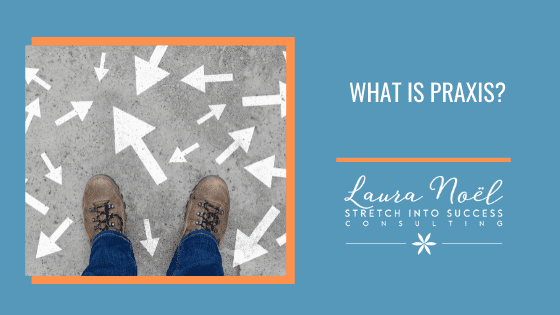 “Believe, and your belief will create the fact.” William James said that in his lecture, The Will to Believe, in 1896. His words still ring true today. What you believe becomes fact, from both a negative and positive perspective.

So many people tell me about their goals and their big visions for their lives, businesses, income, relationships, whatever the case may be. However, as they try to move toward that goal, they feel like something is blocking them and they don’t know what it is. When I went through this myself, I wanted to know why and understand the root of these “blocks.” What I discovered was a game-changer for me.

Believe in your belief and it will become a fact.

Essentially, we become our thoughts. That’s not new information for many of you. However, there’s more to this concept, something that can revolutionize the way you look at your beliefs and their impact on your world. You can operate simultaneously on two belief systems. Those beliefs that reside in our conscious intellectual mind and the negative/limiting ones in our subconscious mind can co-exist, like neighbors in a duplex.

You might have your sights set on something that you’d like to be, do, or have, and one part of your mind thinks, I believe I can do this. If I put my mind toward it, I can get it, I can do it. But as you start moving in the direction of your goal, you seem to get stymied. Or you undermine what you are doing. You feel blocked, stuck. That roadblock you are sensing is in your mind. It’s your other belief system, operating in your subconscious mind. It’s all the doubts, the negative self-talk, the fear of failure that whispers in the background when you are working toward an achievement.

Those paradigms, your self-image, and your limiting beliefs all conspire against the conscious belief of I can do it. Between 96 and 98% of our behavior is habitual, but that habitual behavior is not powered by your conscious mind as much as it is your thinking and your subconscious mind. This means the habits you are developing and operating from are stemming from those paradigms and fears, derailing everything you attempt to do. It’s kind of like trying to drive north with a car that has two flat tires on one side, which keep forcing the car to veer to the right and go east.

You can be operating on two different belief systems at the exact same time, and many of us do exactly that. If you want to create different results and remove that block you have to get your thoughts in alignment. This process is called Praxis, which is a way of turning a theory into a fact via action, reflection, and action. In other words, retraining your brain, much like physical therapists do with someone who is injured or paralyzed on one side.

Your goal is to get your conscious thoughts in alignment with your subconscious thoughts, and then move that toward the thing that you want to be, do, or have. If you don’t align these two warring parts of your mind you’re always going to do this kind of one step forward, two steps back dance.

So how can you tell if your subconscious limited mind or your conscious, goal-setting mind is running the show? Look at your goals. Are they coming from a place of lack? Or are they a joyful desire? Why are you setting these goals? Because you want to prove something to somebody else? Or to prove to yourself that you’re worthy or enough? Or are your goals coming from a strong desire to create something more and different for yourself and the world?

When you are operating from a place of lacking something (money, status, possessions, approval), you are allowing those subconscious limiting beliefs to be in charge. Truly examining your goals and where they are rooted will help you see where your motivations are coming from, and give you the first step in changing your thinking to one based on joy and meaning.

Try it today. If you find something new about yourself or see a shift in your accomplishments, let me know. Changing the way we think is a continual dialogue, both between those two parts of ourselves and between each other.