Unsticking Your Mindset with Mimika Cooney 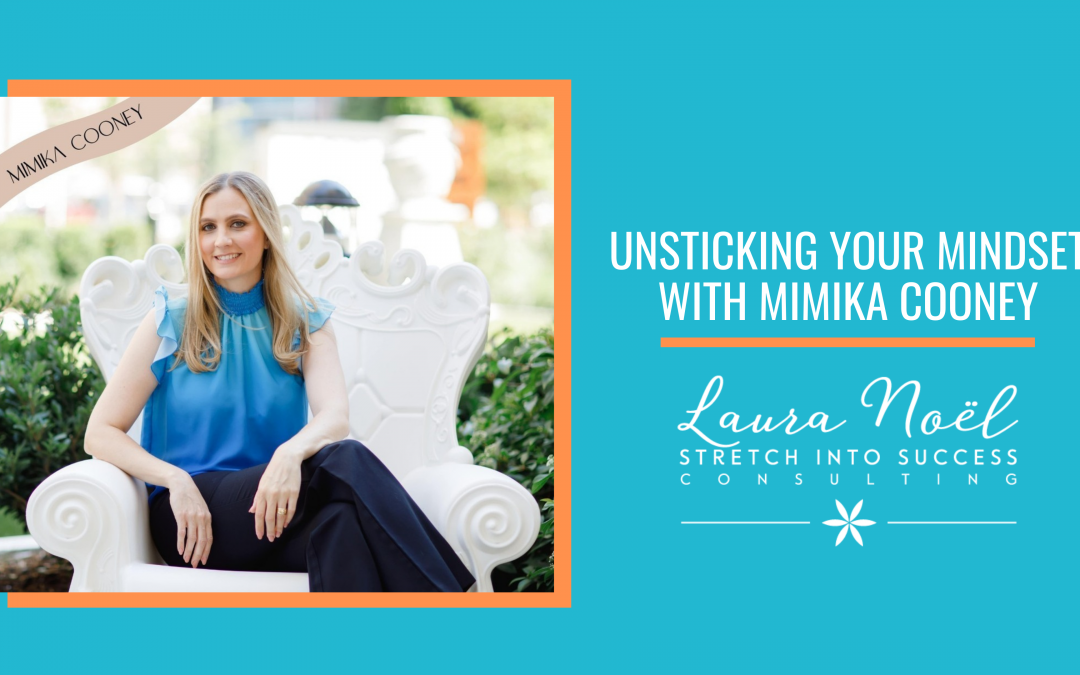 This is a two-part interview with Mimika Cooney, a leading faith-based mindset Metacog trainer and high-performance coach. She’s known as the personal trainer for your mind because she empowers ambitious Christian women to unstick their minds, develop emotional resilience, and unlock peak performance by teaching them how to rewire their brain. I recently had a long conversation with her and am excited to bring you part one of this two-part interview.

Q: Tell me how you came to be in this in this space where you’re teaching people how to unlock their minds and infusing it with a faith-based approach.

A: I’m originally from South Africa and emigrated to England in the early 2000s. My husband and I were childhood sweethearts who have been married twenty-six years. Both of us have always been entrepreneurs. I’ve had several different business models from website design to a digital marketing agency. What I realized at a certain point was that I was addicted to approval. One of my biggest problems when I was a child was achieving things and then looking for attention. A lot of us come with junk in our trunk, which is often from childhood. As children, we have a view of the world that sometimes doesn’t get corrected until we are adults. Eventually, if we don’t pay attention to the signs, we will burn and crash. And that’s exactly what happened to me.

My husband and I moved from England to the USA in 2006. So we had two immigrations within five years, two kids, and twice having to restart our businesses. It was a perfect storm for what would eventually result in breakdown and burnout. In mid to late 2015, early 2016, I had the trifecta of a business launch that didn’t go well, a child in a mental health crisis, and we lost my mother-in-law to cancer. All this really shook my world. I’m one of those keep going until I drop people but now I physically couldn’t get out of bed. I had an emotional, physical, mental, and spiritual breakdown. Coming from a high-performance, high-achieving world, I wanted to fix things. Some things you can’t fix; they just get broke. All you can do is rebuild when you are down to ruins. Sometimes that’s a good thing. (I would not advise that someone pushes until they hit burnout and break down, because it does take longer to rebuild. Just know there is a big, fat giant reset button available.)

We no longer have to play by this unspoken rule of what’s expected, especially as women. A lot of the clients I deal with are women who are in high-performing jobs with big expectations. We are juggling homeschooling, work, running a business, keeping a family together, cleaning. We cannot keep going at that pace. The world’s view of hustle and grind doesn’t work anymore because we are not machines and we were not made to push until we have nothing left. Because what’s the alternative? Broken marriages, destroyed families, physical burnout. It just doesn’t end well.

After that whole process we went through, I took a year and a half off. I closed my business down because I literally needed to give myself time to heal physically, emotionally, mentally. I realized I just needed to take my foot off the gas, give myself time to breathe, and rest and deal with one thing at a time. This whole multitasking thing is a myth. Our brains cannot focus on more than one thing at a time.

Q: Your journey is so similar to mine and a lot of people that I have worked with. I was at my wit’s end, just like you, where things were just falling apart inside. I sought the help of a coach and after that, it was like the blinders had been lifted. I was finally standing in my purpose. My income is much higher than it was before I started this journey but I’m working a fraction of the time.

The good news is that we can actually change those paradigms that we grew up with. You can say, Wait a minute, is this what I want? Am I living my best life? And if not, you can change that. But I would suspect there were also a lot of new beliefs that you needed to adopt. How did you start getting clear on that and what was holding you back from stepping into this ideal life?

A: A lot of those value-based ways of thinking are things that we learned from our parents that are usually entrenched in us by the age of seven. What is amazing to me is the number of adults I’ve met who still have what I call “stuck thinking” from something they learned when they were a kid. The biggest change came for me was when I started thinking about what I was thinking about. For the longest time, I never thought I had agency over my thoughts. I used to think that thoughts just happened. But then I realized we have the option to choose to renew our mind and think new things.

Your beliefs are kind of like the trunk of a tree. The roots of what you were taught as a kid are deep below the soil, and as we grow into adults the branches become experiences. The fruit on those branches are our behaviors. So when somebody is angry, that’s a fruit of anger.

However, we never really question why they’re angry. But if we go back down the branch and start asking questions like: why do I get major road rage when I get in the car, we can see where that thinking came from. For instance, I always believed running a business meant you should be a workaholic. When I was a child, my dad could never relax. I grew up thinking if you relax and sit on the couch, you are being lazy. I always felt like I had to be doing something. As an adult, I realized that thinking wasn’t serving me. So ask yourself, Do I like this fruit? Does it taste good to me? If not, then stop growing it. It takes intentional work to really dig into those roots and make the changes.

Q: I like that. It doesn’t matter who you are, where you live, what your background is, what your credentials are, or what your mistakes and challenges are. We’re going to delve deeper into this in part two and talk about ways that you have helped people and how they can get clear on where they need to make their mindset pivots.

Until then, remember, everything is created twice, first in your mind, and then in physical form. Follow my podcast or download my Quantum Leap Handbook at RatRaceReboot.com. Come back next week for more of my interview with Mimika Cooney!