The Three Keys to Escaping the Rat Race 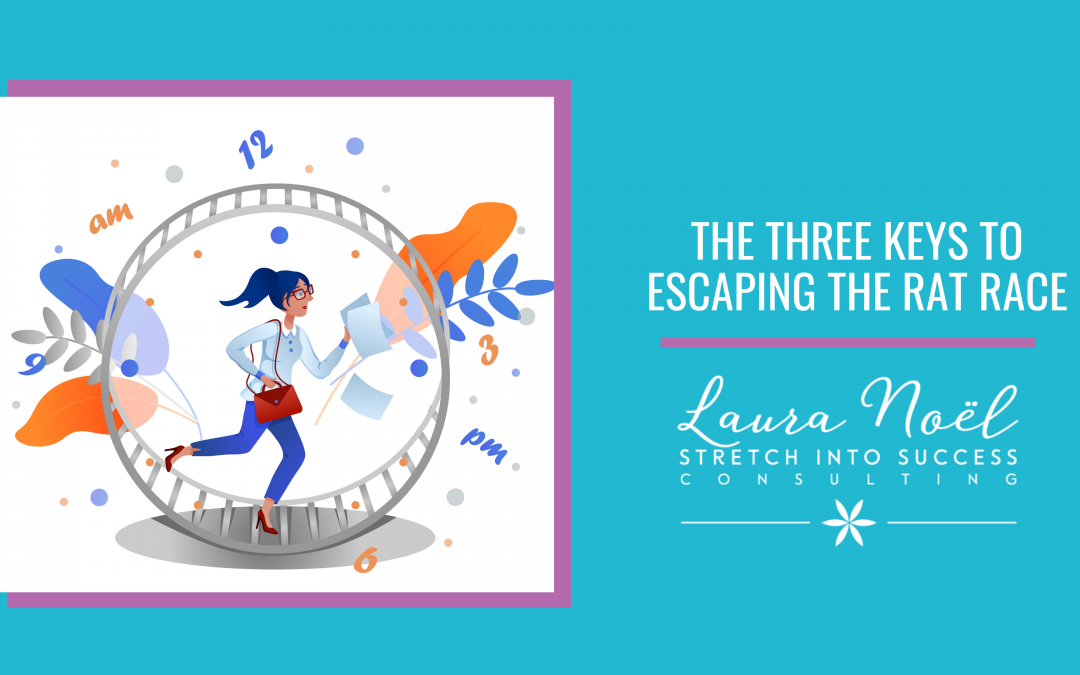 The late Bob Proctor was the one who gave me the advice I needed to finally escape the rat race once and for all. Before I met him, I had spent too many years leaving the house at 6:30 in the morning, getting home at 6:30 at night, working like a fiend in between, while also trying to juggle a life, working out, and starting my coaching business. I was overwhelmed and exhausted every single day.

I met Bob in 2016 at a seminar in California and started working with him right away. He had such a huge influence on me in the six years I knew him. After he passed away this year, I was going through old photos and videos and found a video from 2017 when I was part of a small group working with him in Hawaii.

“How much are you working right now?” he asked.

That simple question made me think. A lot. I had always been in the mindset of having to be constantly hustling—working hard, putting in a ton of time and a lot of effort. Especially if you are building a side hustle or business. That mindset, however, simply wasn’t true, Bob told me. His advice to shift my mindset really helped me lighten up a little bit. Ironically, when I did that, that’s when my business started to take off.

During the thirty-minute conversation with him, he gave me three key pieces of advice:

When you are setting a big, beautiful goal, you’re guessing at the timeline. Maybe it’s a year from now, maybe it’s two or here. This morning, I was reading one of Thomas Trawler’s essays. This one happened to be one that Bob had all of us read over and over and over again during that session and every day for the next ninety days. Trawler talks about entering into the spirit of your goal instead of the old mechanical, analytical way of doing things. We habitually look at the mechanical side of things, because we can see the physicality of the goal, what mechanisms we will use to get from A to B. By doing that, we limit our spirit to doing things one way.

You want to make sure your goal is planting a spiritual seed. The process of finding out how you’re going to get there is the fun of reaching the goal. When you do that, you’ll find you progress further and faster toward your dream and in your life.

Two? I thought he was crazy until he explained that if I talked to more than two people a week, especially as hard as I was working, I was going to become resentful of the work that I loved. This was a scary idea because I was used to being in the grind and just jamming through. But when I slowed down and focused on two clients at a time, it helped create the space I needed and also fine-tune my approach by concentrating more on each individual call.

I remember talking to a coach who worked very, very closely with Bob Proctor. At the time, I was going to get another certification on top of the one I was already involved in (another doctorate degree). The coach said, “Are you getting it because you want it? Or are you getting it because you think you need it?” I really had to reflect on that. I realized I didn’t need or want anything else on my plate. I was only getting the degree because I thought I needed it, instead of shifting my paradigm to realize that I was already enough. I had more than 27 years of experience. The work I had been doing with my mindset was enough. It was time to stop preparing and move into action.

Those three pieces of advice were life-changing for me and for my clients. I hope it is for you, too. If you want more information, listen to my podcast or visit us on ratracereboot.com where you can download the Quantum Leap Handbook so you can continue planning and growing and committing yourself to your goals and your big beautiful life. Remember, everything is created twice—once in your mind and then in physical form.