Systems Thinking That Can Change Your Life 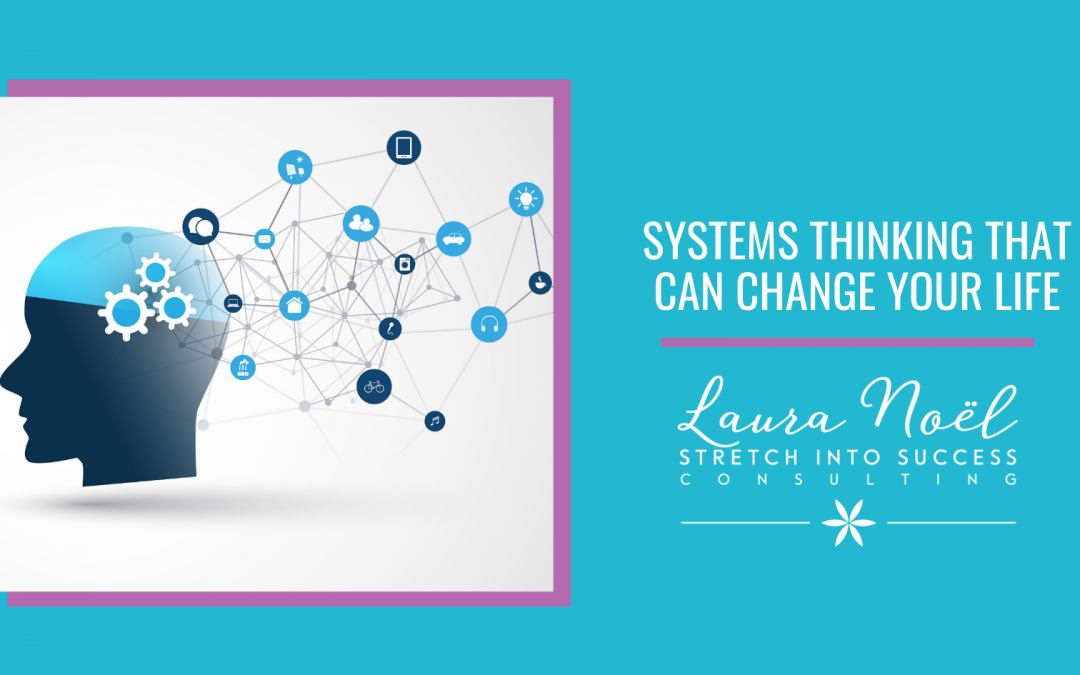 Systems are all around us—they’re in the auto manufacturing plant that assembles the engine, computer, and frame of the car. They’re in our body, where our digestive system works with our nervous system. Essentially, with all systems there is an input and an output—something going in (information, parts) and something being produced. At their core, systems are very simple but also very crucial in producing results—especially the kind of results that can change your life.

I want you to think of your mind as a system. The lens through which you see the world, also known as your paradigm, is the input that your mind receives. The output is the results you get, day after day. If you don’t change anything about that system, you will be in a continual state of status quo because there are no obstacles or challenges to shake things up.

A lot of people say they want to be stable but in reality, there’s no such thing as stability. According to the law of vibration, everything is in constant change and constant motion. We are either in a state of growth, or a state of decay. If we don’t incorporate obstacles or challenges that force us to change our systems we remain stuck in a prison of our own making.

But let’s flip that. Let’s say you overspend and you need to use your credit cards. You’re billed for the balance and the interest you have been charged. Now you have less cash because you’re paying the bill plus interest, so you get stressed, use the card more, and the interest keeps compounding. Another example within a company is the relationship between a supervisor and an employee. If the supervisor provides positive feedback and positive reinforcement, the employee does better at work which results in more positive feedback. But if the supervisor is providing negative input or negative feedback, it affects the employee’s attitude. Their performance declines and then they get more negative feedback. It becomes a self-fulfilling prophecy.

In order to stop the feedback loop from going on and on, you need something that will bring it back into balance (like regulating the temperature in your home with a thermostat). For instance, in the credit card example, you could cut back on spending or ask for a raise at work. The mind, however, is always at work trying to bring this balance—which sometimes means bringing you right back to where you started (which wasn’t your goal).

That brings me to another important leverage point and that is the system itself, meaning the mind, and all of its paradigms or corporate culture. That paradigm influences ten of the twelve leverage points Meadows talks about

If you can change your thinking and your paradigm, you can cut to the chase a lot faster and have a massive impact on your results. Your paradigm is the one that’s determining the speed and rate at which these feedback loops get into motion. You can either have, as we said, healthy growth or runaway disruption. It’s all up to what’s going on in your mind.

Take someone who wants to get into shape and lose some weight. They have all the same tools, instructors, and food options as anyone else. A person with a healthy mind system will succeed because they see themselves as fit and healthy and worthy of the work. Someone with an unhealthy paradigm, however, will see themselves as not being worthy of this goal. Maybe they think it’s going to be too difficult for them.

They start working out, maybe even lose a little bit of weight. Then the balancing loop comes into play. The balancing loop is created by our paradigm and its goal is to bring you back to your setpoint. Before the person knows it, they’re back on the couch with a bag of chips. The paradigm wants you to take the path of least resistance. It doesn’t want change.

Buckminster Fuller says, “You’ve got to build a new model that makes the old one obsolete.” That means creating a new paradigm so that you get new results. Your feedback loops will give you clues as to what paradigms are prevalent in your thinking. Where does your plan breakdown? Do you hit snooze instead of working out? Why? I wasn’t motivated. Why? Because I failed with this before. Why? Because I feel unhealthy.

If you start asking yourself why, you can uncover the unconscious thought patterns that might be holding you back. Once you understand what’s happening with your feedback loops, make a decision to change your paradigm—and get help to do that. We all have blind spots and it helps to have an outside person, like a coach, walk you through this.

If you want to have a conversation with me and find out where some of your blind spots are and how your feedback loops are operating, then schedule a call. Be sure to subscribe to the Rat Race Reboot YouTube channel and list to our podcast. Our goal at Rat Race Reboot is to help you maximize your potential and your growth!