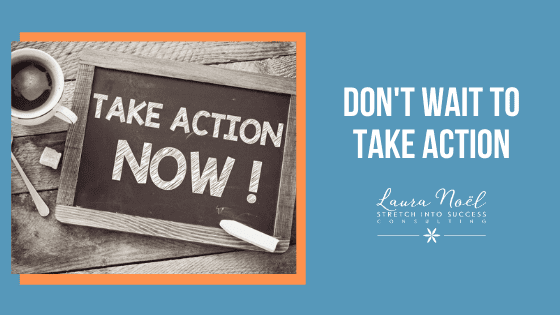 Aloha!  I hope your week is off to a great start!

It’s just timely that this video popped up because it was exactly the thing that I was interested in. And so I said, ‘I’m going to save it on my screen and watch it first thing in the morning’. And guess what? The next morning came and then many more came and went, and still I didn’t watch it. I didn’t watch it for several days.   I posted what I heard Abraham Hicks say and then somebody comments on my page saying, ‘Oh, I just saw Abraham Hicks in Boston’ on the same day that I first had the video pop up on my screen.  In Think and Grow Rich there’s a chapter on autosuggestion.  And I had a flash of inspiration…

Decision without action doesn’t mean anything.

So in the chapter on autosuggestion in Think and Grow Rich, it says “So when plans appear, they will probably flash into your mind through the sixth sense in the form of inspiration. This inspiration may be considered a direct telegram or message from infinite intelligence. Treat it with respect and act upon it as soon as you receive it. Failure to do this will be fatal to your success.”

Nothing tragic happened, but it was an “aha” moment.  Normally when we don’t act on something we don’t necessarily notice that we missed out on something else. The universe is trying to guide us in a direction and we don’t always listen. We go on about our business.  I just happened to find out because I posted on Facebook and then somebody just happened to comment on my post.

Where are the opportunities in your life and the flashes of inspiration that have been coming to you from somewhere else?  Coming maybe seemingly out of nowhere, that have you thinking, “you know what? I’m going to remember that. I’m going to write it down. I’m taking action because I’m writing it down.”  But no, You’re not taking action. Take action. Writing it down is nothing. Take action because actions speak louder than the intention or words.

So that was my little flash of inspiration gone awry, and I’m telling you now, I am wide awake. Hopefully, you pay attention to the signs and you don’t just sit there and think, ‘wow, that would be nice. I’m going to take action tomorrow’.

Take some sort of action immediately. Otherwise, you may lose an opportunity or many opportunities. You never know where that flash of inspiration is going to lead you.