Are You Who You Want to Be? Part One 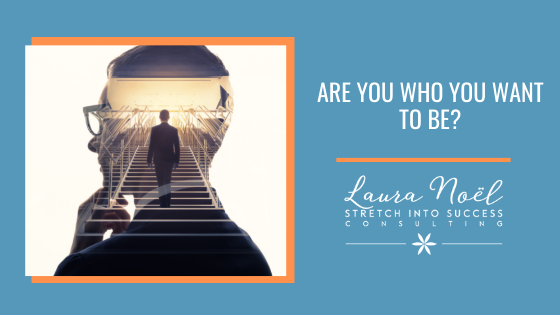 Who do you think you are?

I’m not asking that in a mean or judgmental way. This is about you knowing who you are—so that you can figure out who you want to be. Are you a Type A overachiever? Are you burning the candle at both ends? Do you feel overstretched, like you have little time to pursue your passions and relationships? Well, guess what? You’re right.

That was me. I was spinning in circles, caught in the rat race. This two-part blog will give you some tools to help you get out of the rat race, reset your mind, reawaken your spirit and regain control over your life. When you do that you can stand in your highest potential, serving at the highest levels, and experiencing overwhelming joy.

Several years ago, I was a high-level military leader enlisted in the Air Force. I wasn’t just a Master Sergeant, I was a First Sergeant, which meant my role was to take care of other people. During that time, I was also caring for my father who had terminal cancer. I was a leader in a nonprofit organization and had been promoted to the top 1% of the Air Force. From the outside looking in, I appeared to have it all together.

But to “keep it all together,” I had to stretch myself in a multitude of directions, all to make me feel more secure. I thought, if I get my master’s degree, then I’ll be smart enough. If I run this marathon and raise money for cancer research, I’ll feel like a better daughter. I even did a half Ironman in Hawaii and when I crossed the finish line, I didn’t take a moment to be proud. Instead, I told myself I should have done it faster. It was like I had this insatiable desire to always achieve more, do more, have more. Anyone on the outside would have thought I was a success but I felt like the complete opposite.

That’s when I started to get into personal development, studying the mind, and learning how universal laws worked. Once I had a deeper understanding of who I truly was, the essence of who I was, I was starting to discover my purpose. But more important than that, I was able to rekindle and really connect with the people who were important to me and I was able to stand in my purpose confidently.

I also hired a coach that you may be familiar with—Bob Proctor. I met him at a seminar, and when he asked if anyone had any questions, I jumped up and said, “How do you know when you’ve found your purpose?”

It was totally out of character for me to do such a thing, but I had this need to know who I was. Bob asked me a whole bunch of questions about my background and where I wanted to be in the future. I told him I wanted to retire in three years and branch out as an entrepreneur.

Instead, I ended up retiring in three months and six months later, I launched my coaching business. I had found my purpose, and all the steps seemed to just fall into place as I moved forward. Within eighteen months, I had quadrupled my income and was serving at a higher capacity than I ever thought and dreamed would be possible. In true Laura type-A overachiever fashion, however, it wasn’t long before I found myself in that grind again. I was still caught in the same old mental patterns, and before I knew it, I was burned out.

That’s when I decided to take things a step further. I hired Bob Proctor to coach me. He sat me down and started asking me about how I was running my business. I told him that because I wanted to earn at least six figures, I had set a lofty number of people to talk to every week—fifty people—in order to hit my targets. I was already working twelve hours a day in the military, commuting back and forth, and trying to fit all those calls in, and running myself ragged in the process. Bob said, I only want you to talk to two people a week.

Two? That seemed illogical to me. Sandy Gallagher, another one of my mentors and leaders, and somebody I really admire and respect, actually has that as her mantra: Do the illogical. Bob said if I couldn’t move one of the two people I talked to each week then maybe I needed to work on my presentation.

As I stuck to the plan I worked out with Bob, doing the illogical became the logical course because my career and my business started to skyrocket. I was able to quadruple my income, because I was working in a smarter way, and aligning myself with what I truly desired. I was working with universal laws, not against them.

Do you want to feel the same way? Do you want to enjoy your career and the path you are on? Go to www.ratracereboot.com, listen to Episode 1 and download The Six Mindset Changing Techniques to Lead a More Fulfilled Life.

In the next blog post, we will talk about how to implement those steps. Come back for Part 2 and see how you can align yourself with your purpose and lead a more purpose-driven life. You can’t achieve freedom and fulfillment when you’re stuck in the rat race, so let’s take those steps that get you on a brighter, happier path