Are You Under The Influence? 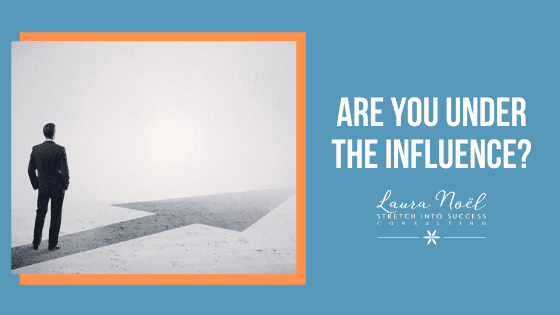 Aloha!  I have a question for you and it’s a non-drinking related question.

There are so many people that I talk to who are looking for coaching in a way to move forward with their goals.  We all get pulled into this mindset at one time or another and it’s almost like you have to shake yourself out of it.  It’s where you’re so focused on the problem and what hasn’t worked in the past that you’re stuck in this fear of ‘well it didn’t work the last time and now I’m going for this.  And now I have this fear that it isn’t going to work out now because it didn’t work the last time.  And every time I go for my dreams, I get blindsided.’  I see so many people stuck in that trap and what that means is that they’re under the influence of their problems.  They’re under the influence of past mistakes.  They’re under the influence of things that have happened in the past.

Anytime that we set our sights high, we set our sights on a goal; something we want to be done or to have.  It’s natural for our paradigm to pull us back into the ‘oh, but how are you going to do that?’  Or ‘it didn’t work the last time.’  Or ‘I’ve known somebody who tried that and it didn’t work for them so now I’m not going to go in that direction.’  It’s easy to get pulled in and sucked into that drama, that’s the truth.  Yes, those things may have happened but that’s not your truth.

When you set your sights and your vision towards something that you want to have or do or be, that’s your truth right there. As soon as you decide to go for that goal and that vision, you’re in harmony with it. You’re in vibrational harmony with it, and it’s your job to stay there. It’s your job to remain under the influence of your dream and not stay under the influence of your past. Your past is irrelevant. It has no bearing on what you’re capable of doing moving forward. I want to help you get in a rhythm of what it feels like to be in alignment with your future, with your wants and desires.

I do a lot of personal development study and teach the teachings of Bob Proctor and a whole lineage of people that understand that philosophy. I listen and read a whole plethora of really wonderful thought leaders, from which I draw inspiration.  This morning it was Abraham Hicks and often when I listen to that, I get inspired.  You want to get in the habit of getting into the feeling of what it would feel like to have your wish fulfilled.  If you are not in a relationship right now and you want to manifest being in a happy, fulfilled relationship, one where you’re with your partner, your life partner, the partner of your dreams, then instead of searching for that partner and focusing on what isn’t working or what hasn’t worked in the past, I want you to instead think about what it would feel like in your imagination to be in that relationship and describe it.

Write it out, being in a relationship, what would that feel like? Would you feel love? Would you feel, a sense of contentment, joy, connection?  So actually put words to those feelings and go back to those words often and go back into the screen of your mind and in visualizing what it would be like, what kind of things would you do together? You want to get in the space where you’re feeling that love and connection right now even before it’s manifested. Because the key is when you reach a goal, before your reach that goal, there’s always a feeling. There’s always a feeling before a physical manifestation of something.

You want to get into the feeling of the wish fulfilled before you reach that dream, that vision or the goal.

In thinking about abundance, a lot of people I talked to are looking for time and money freedom. They feel like they’re in time scarcity. Like they’re not leading their lives. Maybe their business is leading them or their job is leading them or other obligations and other people are pulling them in different directions so they feel like they don’t have time to focus inward, to focus on themselves, to meditate, to exercise, to even visualize their dreams.

You can create the feeling of freedom now and when you create that feeling of freedom now and you truly feel it, then you’ll have the freedom. That’s how it works. But so often we are focused on what hasn’t worked in the past, what isn’t working now. We’re under the influence of our problems instead of being under the influence of what it is we want.

Your thoughts do control your feelings.  When you use your imagination, it’s a God-given gift. Use it.  We’re taught from a very early age when we go to school that using our imagination is daydreaming and we’re not focused, but that’s the most important thing. Everything’s created twice first in your mind and your imagination. And through that imagination and getting emotionally involved in those ideas, that creates feelings. Feeling is the conscious awareness of the vibration we’re in. We attract things that are in vibrational harmony, the same frequency as we’re on. Thoughts attract like thoughts. You notice birds of a feather flock together. We attract people we’re in harmony with.

There are so many people out there who want to have a wonderful relationship with somebody.  I’ve talked to people who’ve said, ‘my gosh, I keep dating the same person over and over and over again.’  And I tell them, don’t think of a relationship as a goal. Work on yourself. Consider maybe that goal, feeling happy and fulfilled and loving yourself and doing the things that you love to do. And when you’re in that space, you’re elevating your vibration. You’re elevating your frequency.

You can’t change the past. You have the now and you dream of the future, but you do what you can do in the now to create that future. And what you can do in the now is to bring yourself to that space, the feeling of the wish fulfilled and being grateful for it now. When you come from that space, that’s how you live under the influence of the dream and the vision.  That’s how you create that energy within yourself.  That’s how you attract and manifest more of what you do want.

Look, we’re manifesting every day. We’re all powerful manifesters.  All of us are everything we have in our lives now. We manifest to be creative, but this is how you do it consciously.  Make sure you’re under the influence of all that you desire.